These past three weeks have flown by so quickly. Our theme for this week has included topics such as film and television, as well as the arts in general. In addition, we have also discussed various grammatical structures; including the use of the past simple tense, the second conditional, the difference between adjectives and adverbs, and phrasal verbs. We have also looked at various practical ways in which these tenses can be used, such as in writing a review and in discussion, which provided the students with opportunities to use different ways of expressing their opinions. In the pronunciation class, we have learnt the difference between long /i:/ (as in leave) and short /I/ (as in live) and practised making these sounds in games and while reading short dialogues. 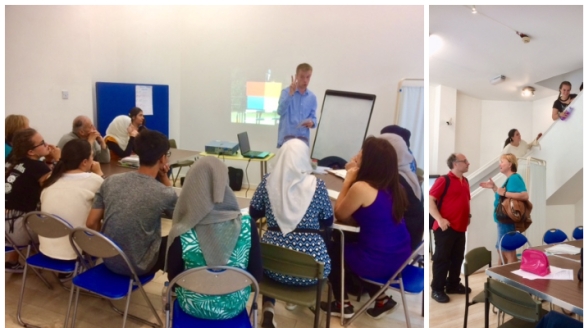 The children enjoyed having plenty of art and craft activities and decorating cupcakes. 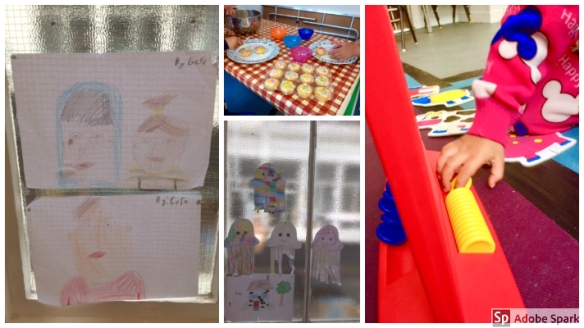 Our students have been hard at work and at play. This week’s excursion was a trip to Callendar House and the Kelpies in Falkirk, where they were able to walk into one of the sets of the famous TV series, ‘Outlander.’ The Georgian kitchens were used in the filming of series too. Though normally closed on a Wednesday, we were fortunate enough to have a member of staff provide us with a detailed background of the house and how the apparatus of the kitchen worked.

There were also various exhibits on display in the house, such as a history of Falkirk, dating back to the Roman era and the Jacobite Rebellion. We were also provided with a detailed exhibit of the town’s industry, including the Carron Iron Works, as well as the history of the local football team.

Afterwards, we decided to have a nice cruise on the pond in some of the pedal boats provided. Finally, our day was rounded off with a trip to the Kelpies, where we were able to take a wander and enjoy each other’s company, taking advantage of the gorgeous weather in the meantime.

We were saddened to hear that this was the last week for two of our students; Kei-Wei and Katine. It was an absolute delight to have them both with us, and we are so pleased with the progress that has been made by the two of them. We wish them all the very best for the future and we hope that our final week will be a memorable one.

You can still join us in week 4!

This site uses Akismet to reduce spam. Learn how your comment data is processed.